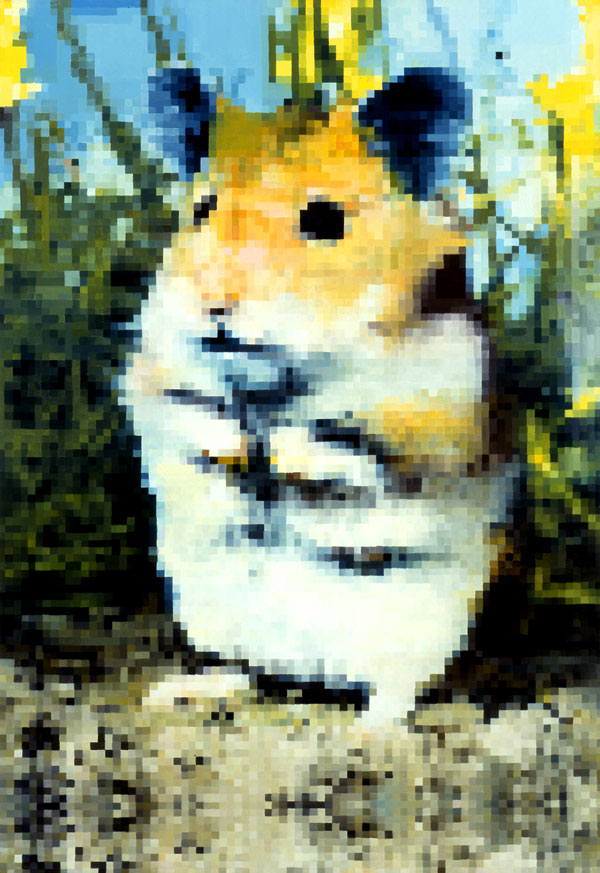 One of the best interviews with Alex was Joe Heaps Nelson’s conversation for WhiteHot, a decade ago now. Nelson and Alex knew each other going back to the Des Moines hardcore scene in the 80s, and the connection results in an unusually penetrating and candid discussion, including about Des Moines and how it impacted his work:

JHN: So how does it feel to be back in Des Moines?

AB: It’s a weird place. It’s the most normal place in the world, which is why it’s weird. It’s daunting. Day to day it’s the easiest place to live. In the summer, I can ride my bike down here from my house. I got a little crackerbox palace in Beaverdale, and I can have a studio that’s twice the size of my house. Those are the benefits… You talk about career, or artworld, anything like that, it’s obviously a detriment, inasmuch as you’re not able to network here, and meet like-minded people.

JHN: Yeah but you’re probably able to get a lot of work done.

AB: Exactly. That was my counterpoint. You can get a lot of work done. You don’t have to pay exorbitant rent, and then have a studio on top of it, and a closet somewhere in Maspeth, Queens. I don’t know if it’s liberating or what, but I think it’s good to be away from the artworld and not be looking at art all the time. Although I love it, I think it’s hard to get out of the mode of what I just saw on my three-hour walk through Chelsea.

JHN: Well you are finding freedom through limitations in life as well as art.

AB: Oh sure. Well, it’s always a balance, you know? I think there’s a certain freedom to not thinking about people coming by your studio to see what you’re doing, who live in the neighborhood, popping by. But at the same time, you gotta think about what people might want to buy… although with the current economy, for the foreseeable future, I don’t think that’s gonna be much of a concern. So, I don’t know.

JHN: Do you think your paintings would have developed differently if you had stayed in New York?

AB: I can’t say. I think my paintings are certainly a reflection of my genetic makeup, my personality, my level of intelligence, or lack of intelligence. They are a reflection of the fact that I’m not too quick to put anything out there. I feel like these are all kind of a schmear, camouflaged and disguised. I’m not painting my life story