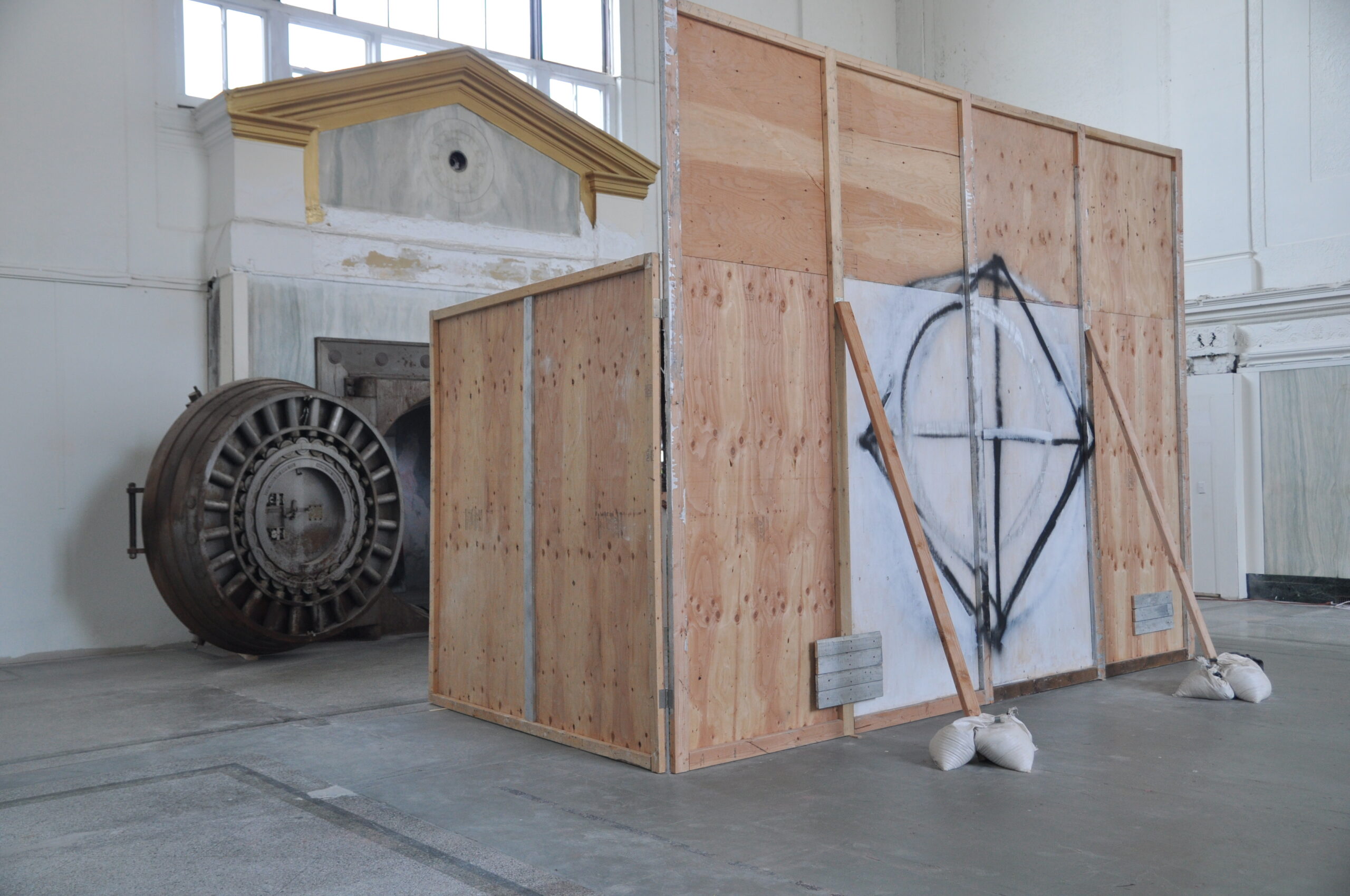 We’re excited to welcome the arrival of David Dixon ( @cathouse_proper ,) the first artist in our 2023 Residency Program.

David Dixon is an artist who, over the past ten years, has developed and managed the gallery project Cathouse FUNeral / Proper in Brooklyn. During his Alex Brown residency, Dixon will work on a series of silk-screened, plaster paintings as an extension of his gallery’s “harvestings” program that have been produced from the material consequences of certain of the mounted exhibitions.

For the two months, January/February, while Dixon is in residence, a single painting by Alex Brown, especially selected for the purpose, will hang in Cathouse Proper’s main gallery space in Brooklyn. A performative exchange will ensue between studio (in Des Moines) and gallery (in Brooklyn). A schedule of supporters of Brown’s work will sit with the painting during open gallery hours in Brooklyn while Dixon works as an artist in Brown’s former studio in Des Moines, opening a conduit between studio and gallery, between those present and those absent. Dixon and Brown knew each other during Brown’s brief life, this exchange is performed both as a memorial and as an example of the productive nature of art, which has the power to reach beyond the limits of mortality. David Dixon was born in Philadelphia in 1968, raised in North Carolina, and currently lives and works in Brooklyn.